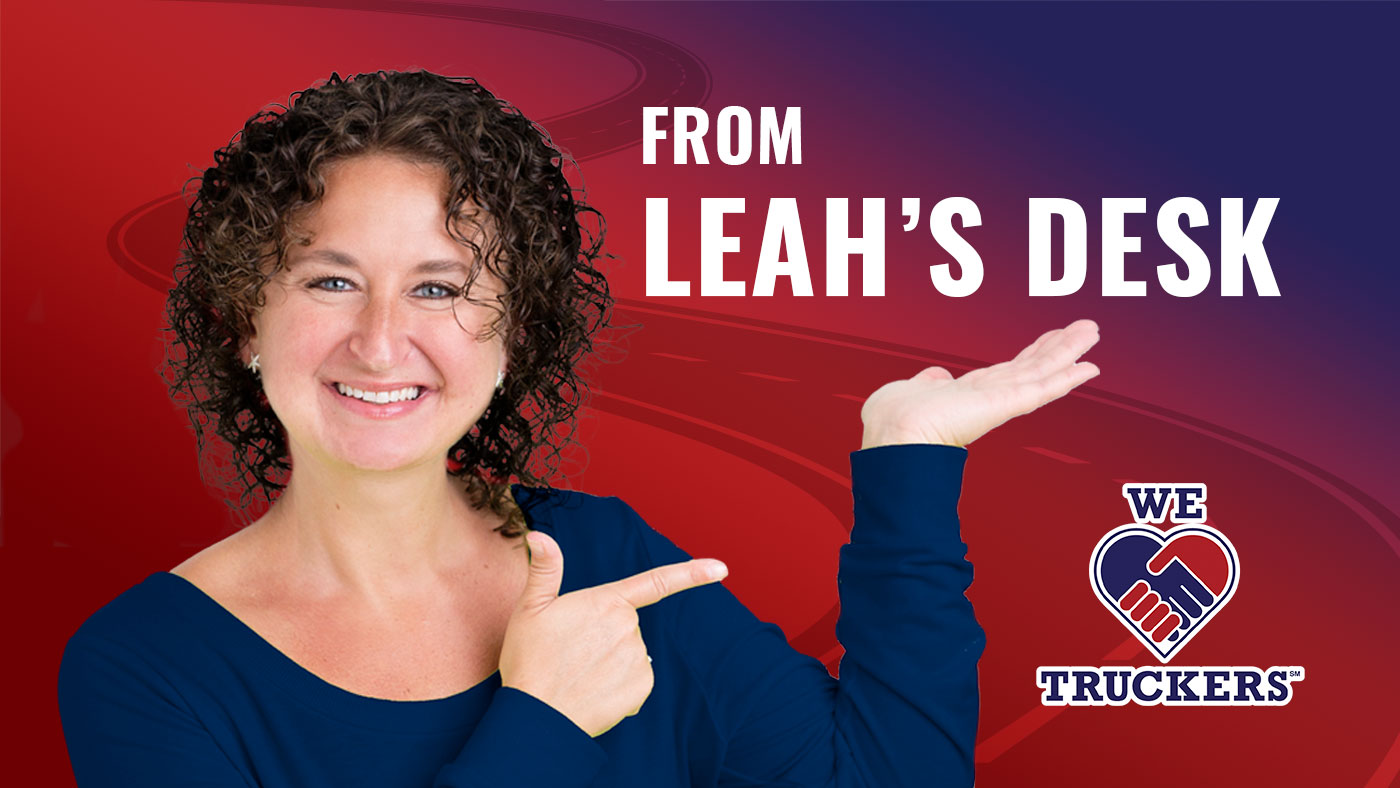 FROM LEAH’S DESK: NEW ATRI REPORT REVEALS WHY YOU MUST COMMIT TO BENCHMARKING

The American Transportation Research Institute recently released its annual Top Industry Issues report. The report was full of interesting tidbits, although I didn’t find too many surprises. Concerns that made the list, like driver recruitment, retention, and pay are matters that I encounter in my work with trucking firms every day. I’m grateful that they are being publicized further through ATRI’s latest release.

I want to call out a few parts of the survey specifically. For the fifth year in a row, the driver shortage registered as our industry’s number one concern. It wasn’t a shock to me, and I’m guessing you aren’t too surprised to learn either, that most executives are worried about the dearth of available drivers. In fact, it dovetails nicely with another industry report (this one from the American Trucking Associations) stating that we’re currently short 80,000 drivers. And according to ATA data, that deficit could double by 2030.

Rounding out the top five industry issues were: driver retention in second place, driver compensation in third, lawsuit abuse in fourth place, and the lack of available truck parking in fifth.

The top three issues (the driver shortage, retention, and wages) caught my eye because of how closely interconnected they are. In my experience, what it boils down to is that a company cannot out-recruit or out-retain talent with a poor compensation structure.  It isn’t possible to underpay in a market with a net short workforce, and not see turnover.

This applies to your pay package as it compares with other industries as much as it does with competitors in trucking. Because let’s face it – long-haul driving isn’t typically a top career choice. It’s hard work with a reputation for being undesirable. Once a driver is in the seat, there’s a constant danger of burning out, wearing out, or aging out.

Time away from home, the schedule on the road, the traffic, all weigh on an aging workforce. Combine that with a pandemic environment, and you’re looking at higher retirements and turnover. There are always going to be other industries that offer a more appealing job, who compete with us for workers.

But once you look at why an individual chooses a trucking career, you start to see that there’s an upside to this situation. The men and women who do choose a career in trucking often do so because it can offer a decent, steady paycheck, travel, necessary duties and a commitment to service. Our workers aren’t constantly hunting for customers like they might doing rideshare. Truck driving offers a decent living with minimal costs to enter the industry.

We can capitalize on this situation, but in order for the paycheck to continue drawing prospects in, it has to have the right features. If the amount is too small, you risk losing truckers to other companies or other professions altogether. You cannot fix what you don’t measure.

This is what makes benchmarking so critical. Utilizing NTI’s data and support, you find out where you rank relative to the competition and whether you need to make changes. As Sir Francis Bacon once said, knowledge is power. It pays to know what competitors are paying, and how it compares to jobs at companies like yours, on an ongoing basis.

Most of the issues that perennially plague the trucking industry were exacerbated by the pandemic. Demand for trucking went through the roof. The supply chain snarled up, thanks in part to an unprecedented appetite for e-commerce. Our challenges might predate Covid-19, but the virus altered the economy and intensified our pre-existing problems. Like the couple that goes on the Maury Show, the troubles brewing under the surface have been brought to the surface.

Which means that it’s time to update truckers’ working conditions. I’m talking about industry-wide changes to make the job more appealing. Right now, there’s more demand for drivers’ services than there are workers to fulfill it.

Let’s fix that. At NTI, we want to help you revolutionize trucking culture. It’s about more than surviving a particular season. We want to help you help your drivers, so that your company becomes a recruit magnet no matter what. We want you to thrive as the kind of business that attracts (and holds on to) your workers.

In doing so, we also believe that we can elevate the industry as a whole. So, let’s root out the problems, one paycheck at a time. Who’s with us?