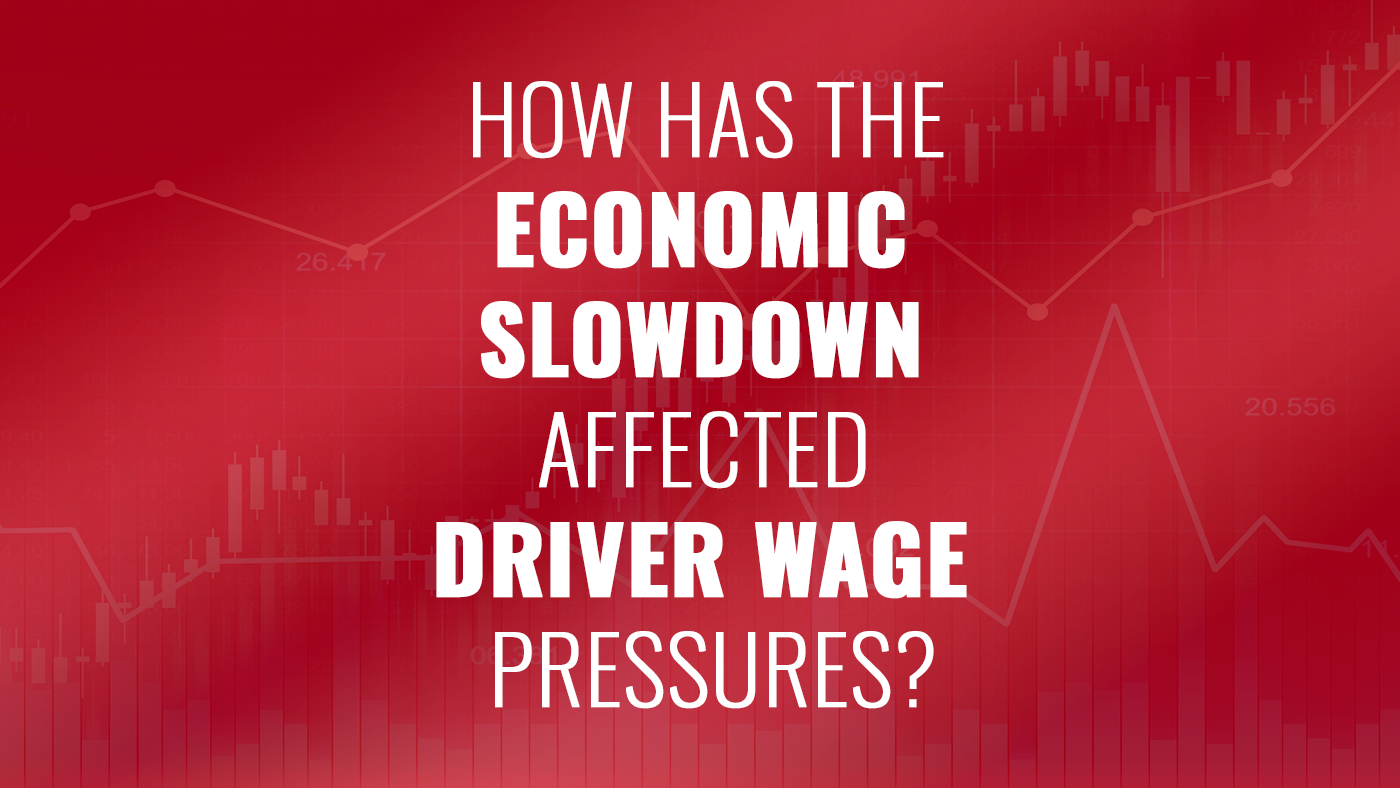 U.S. ECONOMY FLIRTING WITH A RECESSION, A LOOK AT THE FUNDAMENTALS BEHIND DRIVER WAGE PRESSURES

There’s no way around the fact the U.S. economy, and thus all of us who work and live within it, are staring directly into the face of uncertainty, and sometimes unnerving uncertainty. And the mood among consumers and businesses is sour, as many fear rising inflation and economic setbacks will plunge the economy into a recession.

Food and fuel costs are causing pain — and those expenses are still growing by the month, according to the primary indices from the U.S. Census Bureau that track inflation. Other necessities like housing, both renting and home ownership, have leapt, too, as have costs for health care, transportation, clothing, and nearly all other goods and services we all rely on.

At the same time, household savings rates have fallen from their pandemic-driven highs, consumer debt is growing, and sell-offs on the stock market (and crashing cryptocurrency values) have eaten into many households’ retirement savings and investments.

And the Federal Reserve, the U.S. central bank and the group tasked with trying to wrangle inflation, has only blunt tools for trying to course correct — trimming its own balance sheet of cash and securities, and of course raising the federal funds rate, which is the base rate for which banks borrow from each other and from the Federal Reserve itself. When the Fed raises those rates, it pushes borrowing costs higher for nearly all loans — mortgages, car loans, credit cards, and business loans and lines of credit.

These factors, combined with other geopolitical issues around the globe and political rifts domestically, have soured consumer and business sentiments. Analysts predict the odds of a U.S. recession are climbing, and technically, we’re halfway into what defines a recession. A negative GDP reading for the second quarter will by definition mean the U.S. economy is in a recession. And there’s no consensus on whether a potential recession will be mild and brief or long and painful. Or whether there will be a recession at all, or whether we’ll fall into a pattern of “stagflation,” which describes a no-growth economy where prices continue to rise for everyday goods.

Much of the ongoing economic corrections are by design. The Fed is trying to slow the economy as a means to control inflation. Its primary tool there is raising interest rates, which makes money more expensive and slows consumer demand. At the core of inflation are simply too many dollars chasing too few goods. By trying to slow demand, the Fed hopes to rebalance supply and demand throughout the economy and limit inflationary pressures.

Of course, the Fed has little if any tools to address one of the roots of the too-few-goods component: Global supply chain snarls that have limited businesses’ ability to get their goods to market and meet demand. But swelling demand was also due to federal monetary policies in the first place. The stimulus plans put in place to help soften the economic blow of the COVID-19 pandemic ramped up consumer and retail spending and made money cheap for both businesses and consumers to borrow and spend.

So what’s it all mean for freight? And what do all these factors mean for carriers’ driver hiring and retention programs? Lastly, what might the impact be on driver wages?
As NTI noted in our mid-year update to our Driver Market Forecast, what these economic signals and setbacks mean for motor carriers and for their driver hiring and retention programs is unclear, though so far, the trends and fundamentals haven’t shifted much.

Let’s take them bite by bite:

The spot market has no doubt hit a period of deceleration and deflation. Per-mile rates have slid on the spot market, but are still well above pre-pandemic levels and hovering near all-time high marks. But the dip in spot rates, combined with record-high diesel prices, has created a challenging environment for fleets that work the spot market to remain profitable.

On the flipside, contract rates have climbed in recent months, signaling more stability in the market. For the first time since the pandemic hit the U.S. in early 2020, shippers and carriers (and freight brokerages) have been able to enter into more solid arrangements for load and capacity commitments.

Despite the spot market slide, freight volumes overall have remained stable. Cass, for example, continues to report stability in freight shipments and ongoing elevation for freight expenditures and linehaul rates.

The American Trucking Associations’ monthly Tonnage Index slipped some in April, but also still points to resilience in freight demand.

Donald Broughton, of Broughton Capital, on CNBC this month reported stability, if not acceleration, in freight flows.

Lastly, as the Chinese economy reboots after widespread closures throughout spring, that could help boost global economic activity and freight flow globally.

Currently, the fundamentals in the labor market remain one of the pivotal silver (if not gold…) linings of economic indicators: unemployment remains near record lows, and businesses across the economy still report a strong need for new workers. The latest federal data, reported in early June, still shows an out-of-whack Beveridge Curve — aka job openings still outnumber job seekers by a two-to-one margin. However, this feverish demand for employees has created an even harsher environment for fleets trying to retain their current professional drivers and recruit new ones.

There has been a growing number of announcements of layoffs, but they’re mostly isolated to the tech sector (where venture capital and other funding have long propped up otherwise unprofitable companies) and in sectors that saw soaring demand in the pandemic, where companies scaled up to meet demand, only to find demand stall as spending patterns shifted over the past six to eight months.

As of now, reports of layoffs don’t point to an overarching slowdown in the labor market. And sectors adjacent to trucking, and those that compete with trucking for workers, aren’t the ones being impacted.

Given that freight volumes have remained mostly resilient and that the labor market remains extraordinarily out of balance, the fundamentals that have put so much upward pressure on driver wages over the past 18 months have changed little.

The driver pipeline was wiped out in 2020. Drivers who would have otherwise been new entrants in 2020, and thus would now in 2022 hit the two-year experience mark that so many fleets lean on, didn’t enter the industry because CDL schools and DMVs were closed for months and remain backlogged and behind. That created a gap in the typical progression for new entrant drivers. Also, many drivers retired or left trucking over the past two years, and the CDL Drug & Alcohol Clearinghouse has sidelined another 90,000 since the beginning of 2020. Tens of thousands of other company drivers started their own small fleets or became owner-operators in 2021 and early 2022.
Plus, the swing back toward contracted freight and away from spot freight likely means even greater demand for professional drivers by fleets working contract freight.

Tying these themes together, the driver supply-demand imbalance continues, or even has been exacerbated.

So recruiting and retention in the current economic environment, even if in recessionary territory, in large part will likely look the same as it has the past two years. Fleets will need to monitor their wages and ensure they’re paying appropriately. They’ll need to focus on engagement from first touch and constantly re-sell their company to cut turnover rates. They’ll need to focus on health and wellness to try to mitigate DOT disqualifications and other health departures. And they’ll need to focus on creating careers for the new entrants who are in CDL schools right now.

If your fleet needs expert guidance or verified, actionable data to support critical decisions about driver wages, benefits, and recruiting and retention programs, schedule a consultation with the NTI team.