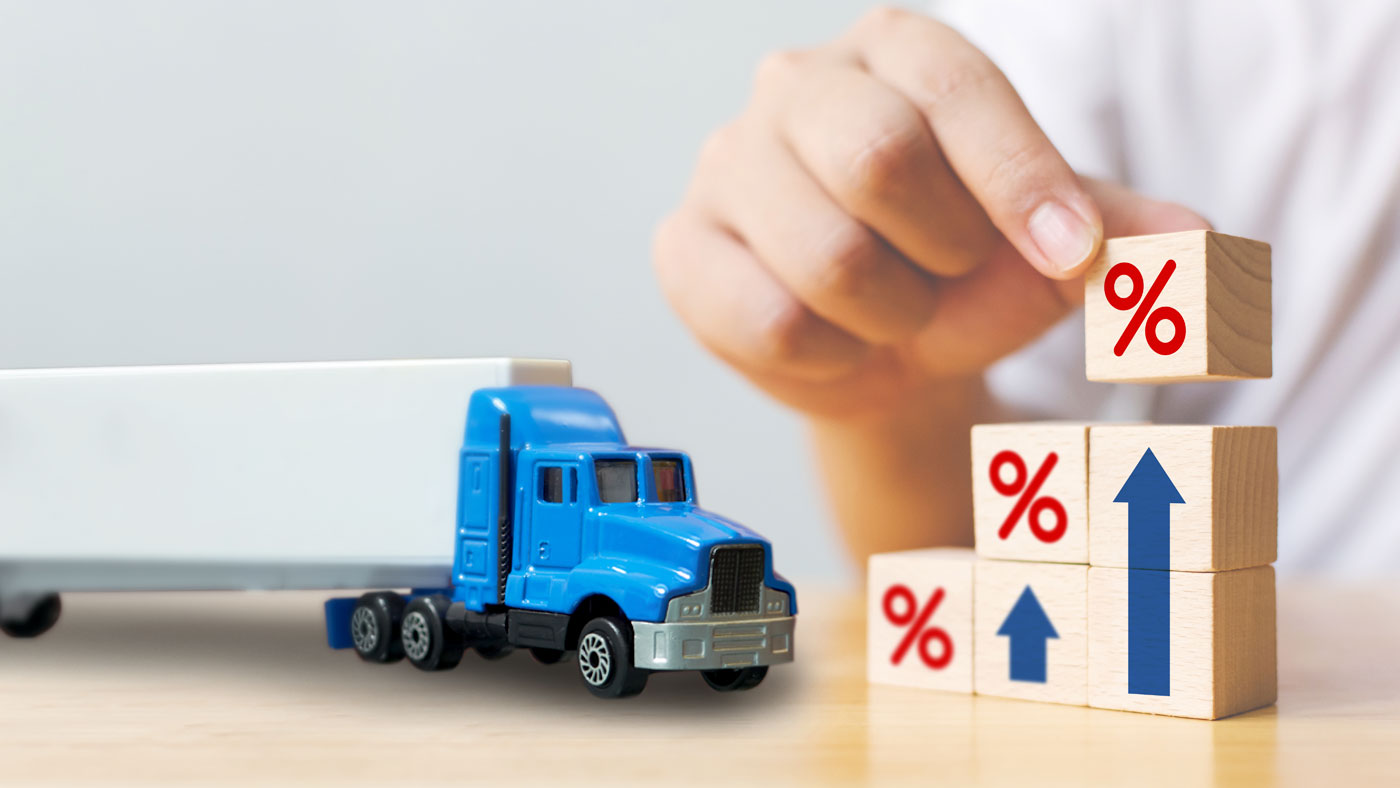 WAGE GROWTH VS. INFLATION – HAVE DRIVER WAGES KEPT UP?

Have you heard about the latest inflation numbers? Much ink has been spilled over rising prices in recent months, and with good reason. Consumer prices began their ascent in April 2021. Since then, the cost of living has skyrocketed.

Inflation is difficult for everybody to live with. When you aren’t factoring it into business decisions, you’re dealing with it at the gas pump. But how do soaring prices impact drivers specifically? Has driver wage growth kept up with inflation, and what, as employers, can we do to ease the burden?

Modest inflation is a function of a healthy economy. When all is going well, prices rise in small increments over time. In fact, in the United States, the Federal Reserve has historically aimed to maintain 2-3% annual price growth each month. In the United States, with the expectation of the 2008 financial crisis, headline inflation has mostly stayed in positive territory. As long as it isn’t accelerating too quickly, inflation is a good thing.

Generally, we expect wage growth to keep pace with inflation. According to the U.S. Census Bureau, the median family income in 1980 was $21,020. Imagine trying to live on that today!

In 2019, the mean salary in the United States was nearly $52,000. That’s before you account for differences in education level, work experience, or even region of the country. There’s no shortage of jobs with much higher wages than that.

How much have driver wages risen over the past forty years?

According to National Transportation Institute data, driver wages in 1980 hovered between $38,000 – $39,000. That’s $131,000 in today’s dollars! In contrast, today’s trucker’s earnings average out to less than half of that. Wage growth has lagged well behind inflation when it comes to trucking jobs.

Now, this isn’t to point fingers or imply that anyone ought to double their drivers’ salaries overnight. The reasons behind the change are complex. But it is an important piece of the recruiting and retention puzzle. Driver wages slid over the past forty years, inevitably making it more difficult to find (and hang on to!) talented prospects, and leaving company drivers more vulnerable to competition from outside of our industry.

The good news is that truckers are once more seeing wage growth. According to The National Transportation Institute index of driver pay, earnings have outpaced inflation for the past seven years.

Of course, much of this is going to come from market pressure. Driver wages are determined based on a culmination of driver supply (historically low today, with plenty of competition), demand for capacity (skyrocketing), and freight rates (only getting higher). Those factors taken together in today’s trucking landscape point to wage growth beating out inflation.

But back to the paychecks themselves. We aren’t telling you to raise your driver’s salaries to six figures, but we do recommend pay increases as a primary means of keeping truckers in the seat. Drivers tend to view raises as a sign of respect, in addition to easing any financial stress that they may feel. So it behooves companies to raise wages whenever possible.

And there are ways to beef up weekly earnings that aren’t painful! More and more frequently, we’re seeing fleets add guaranteed pay, detention pay, hazard pay, or heftier benefits to driver’s hiring packages. But it can be hard to know exactly how much to offer, especially in a weird environment like the one we’re in the middle of right now.

This is why carriers turn to the National Survey of Driver Wages. It provides information on the current market for carriers of all sizes across the United States and Canada. Companies can use it to measure pay and benefits across 180 different indicators, to find out what parts of their hiring package are most competitive (and what could use improvement.) Utilizing the National Survey of Driver Wages helps carriers stay ahead of the competition and make offers that are backed by data.

Rising prices aren’t easy to swallow for anyone, especially in trucking. The things that have become the most expensive the most quickly (fuel, automotive parts) make up some of the biggest expenses in the business. Under those conditions, staying competitive with drivers and prospects can be a huge additional stressor.

Don’t let pay structures keep you up at night. Subscribe to the National Survey of Driver Wages and find out exactly where you stand.

Here’s to staying competitive in 2022.