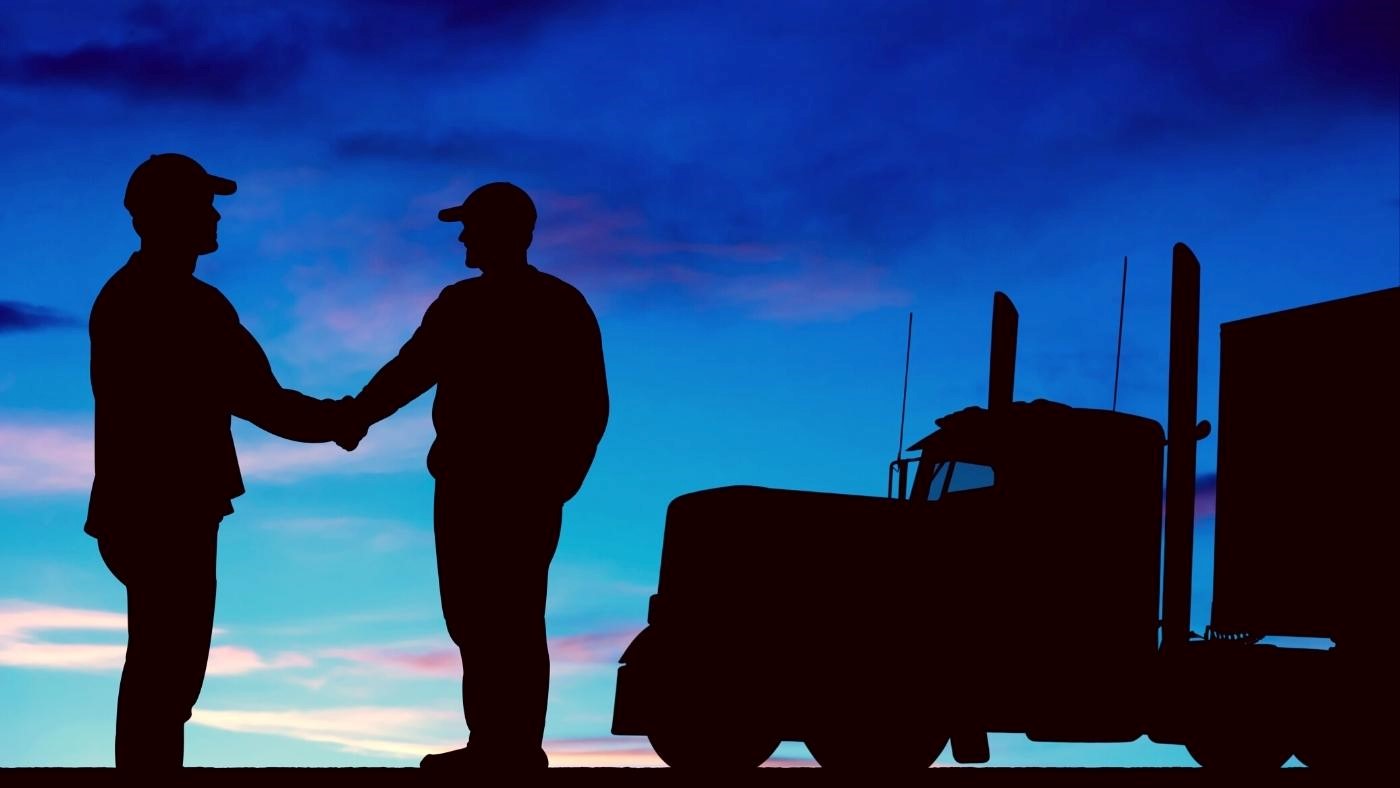 One of the defining economic and social trends of the 2020s has been a stark reshuffling of the American workforce amid an expansive U.S. labor market. With job openings consistently outnumbering available workers by a roughly 2 to 1 margin over the past 18 months, opportunities have been plentiful, and people have stayed in motion trying to find a job that fits their desires for their working life and meshes with their personal needs, whether that’s pay and benefits, scheduling flexibility, remote options, a different career path, or some combination thereof.

The National Transportation Institute recently had the opportunity to talk with Glassdoor’s Chief Economist Aaron Terrazas about the job market and the economic trends behind it, how employees’ relationship with their employers is changing and will continue to change in the coming decade, and how drivers and motor carriers fit into this ongoing social evolution. 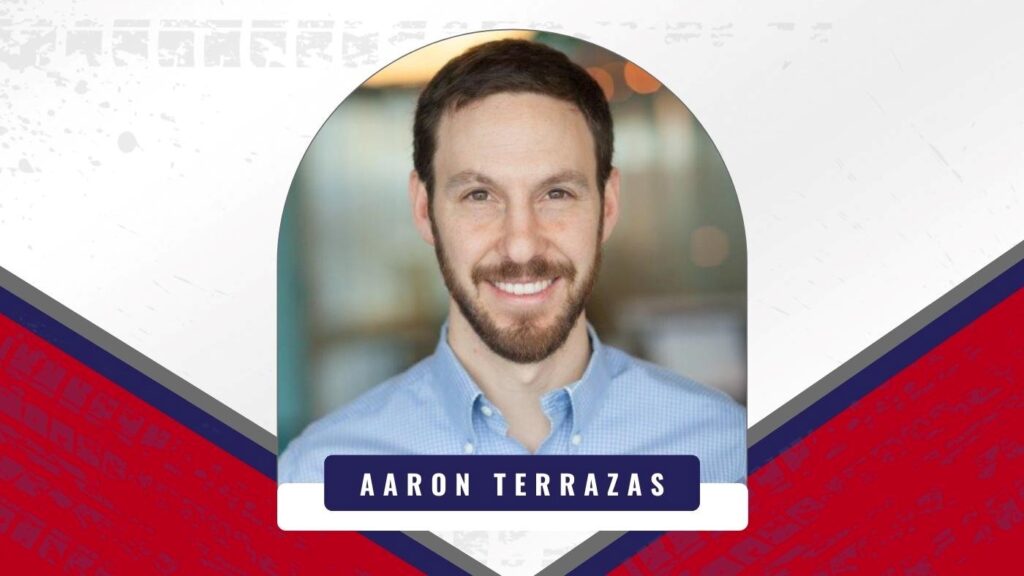 Aaron Terrazas is the chief economist at Glassdoor

Glassdoor is a platform where employees can leave reviews of their employers and upload salary information — with the goal of helping inform other job candidates about prospective employers and to arm them with salary data to negotiate for the right pay and benefits.

Glassdoor’s data offers job candidates and employees insights and tools to make decisions about their careers. The reviews and salary information also give the company plenty of data to analyze to identify trends, and to match employers and employees for open job opportunities.

We spoke with Terrazas about what he’s seeing in the labor market and the economy at large, based on reading the stories told by Glassdoor’s data, as well as the myriad of other economic and labor data that he reads on a daily, weekly, and monthly basis to gauge what’s happening and understand where the economy and the labor market are headed in the coming quarters.

Here are the highlights from the conversation that should be on every for-hire motor carrier and private fleet’s radar:

Employees will likely remain in motion — especially those like professional drivers

Terrazas expects the tightness in the labor market easing some in line with the broader economic slowdown, which may help alleviate the challenges employers have faced in filling open positions and retaining their staff. “It’s hard to imagine the labor market remaining as tight as it has been over the past couple of years, and the pendulum always reverts back.”

However, he says, aside from regular up-and-down economic cycles, there are also larger structural forces at play now and in the coming decade. “These forces suggest the quit rate across the economy is going to remain elevated. For a decade or more, we’ve been talking about, ‘Oh my god, what happens when the baby boomers retire out of the labor force?’ Well, it’s happening. It happened quietly within the pandemic, and I think that’s part of what we’ve seen in the background over the past year with the labor market.” 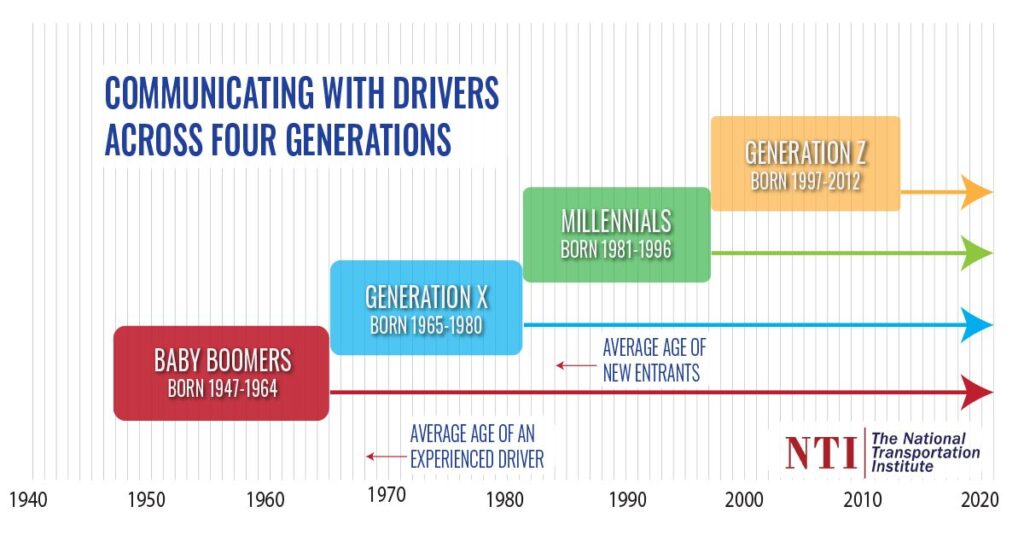 There are currently four generations working as professional drivers within trucking. How is your company communicating and engaging across the generations? If you’re not actively trying to differentiate the channels and styles in which you speak to your drivers and other personnel across the generations, it’s time to start doing so.

The exodus of the Baby Boomer generation, now roughly between ages of 58 and 75, will only accelerate in the coming years, leaving a large hole to fill in the labor market — especially within industries like trucking, whose workforce includes so many Baby Boomers. Since younger generations like Millennials and Gen Z don’t feel the same sense of loyalty to companies as their Baby Boomers and Gen X counterparts, “quit rates and labor churn are going to remain elevated across the economy.”

It’s not just age and generational factors that will continue to impact the transitions, either. Broadly within the economy, says Terrazas, other factors that lead to frequent job transitions are supply-demand imbalances (aka how many people are willing to work a certain job and the number of job openings within an industry), how quickly and easily people can change companies within their industry or enter and leave an industry, and the momentum of compensation and benefits changes.

Economists, policy makers, and the press put a lot of weight on the monthly Employment Situation Report from the Department of Labor’s Bureau of Labor Statistics. The report tracks the unemployment rate on a preliminary monthly basis, as well as key metrics like number of jobs added or lost, participation rate, and employment rate by industry, sector, state, gender, race, and others.

But Terrazas sees the report as “one of the paradoxes of the labor market and for jobs data in particular.”

“We all view the monthly jobs report as this kind of real-time pulse on the state of the economy because it’s published a couple days into the month,” which is much quicker than most other economic data sets, he says. “So, people look at that as this authoritative tracker on what’s happening. The reality is the jobs data are more backward looking than that. If you think about the time it takes from the moment someone quits to then backfill that role — posting the job, interviewing candidates, get them onboard — that can take anywhere from two to six months.”

“So the strong hiring we’ve seen in the jobs data through August and September is to some degree a reflection of decisions made in April and May. Much of the economic outlook conversation has been grappling with this paradox — the labor market remains strong, but everyone feels like we’re on the edge of a cliff.”

Between inflation of energy and food prices, war in Europe, and continued pricks in the economy by the Federal Reserve Board in the form of higher interest rates, “there’s an enormous degree of fear about what the next six to 12 months will look like,” says Terrazas, “and fear causes companies to underinvest. So right now we’re very much grappling with to what degree this expectation will become self-fulfilling” for companies’ hiring momentum and the labor market.

“The cost of hiring is just the tip of the iceberg,” says Terrazas, in replacing workers who leave. “When we talk about quits, everyone’s mind automatically goes to the direct cost of rehiring to backfill that role. But I think that’s far too narrow of a way to think about the cost of a quit. Anyone who’s worked at a company, on a team — they know it’s incredibly disruptive in terms of institutional knowledge and in terms of productivity, not to mention the time it takes to interview, hire, and onboard. So, depending on the type of work and job [it is], that’s anywhere from two months to up to 10 or 11 months on average of lost productivity.”

(This is a point NTI frequently discusses, too. While it costs on average $7,000 to replace a driver, that doesn’t account for factors like lost revenue to an empty truck, the lost relationship between a driver and your customers, and the loss of a driver who knows your fleet, your routes, your people, and works safely and productively. These factors make deploying effective retention strategies paramount.)

For starters, semantically they no longer apply, says Terrazas: “Really, who wears a white collar anymore?”

A more apt description in today’s economy could be “pajama pants workers,” he quips, since so many traditional office jobs (aka “white collar”) are now either fully remote or work a hybrid schedule.

However, aside from being poor descriptors of a worker’s attire, they also no longer accurately describe jobs the way they used to, says Terrazas. “They’re kind of this old code for a combination of skills, education level, the physicality of the work being done, the skill level required for a job, and earnings. They’re binary terms that feel out of date and are no longer useful to describe the labor market that we live in today.”

Professional truck drivers are a good example of this dynamic. Aside from the fact they mostly don’t wear uniforms, particularly a blue collar, they also largely might out-earn those in “white collar” fields that require a college degree.

But Terrazas also points to jobs like nurses, real estate agents, and sales jobs as “nebulous categories” that fit neither traditional blue collar or white collar notions and which increasingly make up a large portion of the U.S. workforce.

How to win in the labor market amid these changes

As employees’ views of their relationship to their jobs change, due to perpetual systemic changes in society and due to shifting generational attitudes, there will be employers that win in this environment and those that don’t fare as well.

The lessons learned in the COVID-19 pandemic — the multiple whiplash effects that company executives and HR managers have dealt with since the spring of 2020 — “are going to be sticky,” says Terrazas, specifically around the need to retain employees.

The starting point for retention goals, he says, is listening to your people and understanding what’s most important to them. “This is going to be a new skill for managers across the economy — that relationship conversation with your employees,” he says. “Employers are going to have to learn to listen to where the pain points are, and to listen in active ways to understand what your employees are concerned about and engage in that conversation with them.”

Secondly, he said, being more personalized with benefits and scheduling is critical in the coming decade to attracting and retaining the right people.

“Everyone says salary is the top concern — and it is. Salary is the thing people care most about. But if you offer a reasonably competitive salary, there are all of these other marginal things that make a difference. What are the changes you can make in culture and in the types of benefits that matter most to employees? And not all employees are the same. Some benefits matter more to some than others.”

“For parents that could be flexibility to take their kids to the doctor or go on a school field trip. For younger workers, flexibility could mean the ability to take two weeks off and go on their dream vacation. For retirees, maybe it means they’ll come back and work part time as long as they can spend their winters in Florida or stay close to their grandkids or go on trips. For all employees, can you provide access to a more expedient healthcare option, or higher education that has a long-term benefit, such as tuition-free options? It all comes down to understanding your unique employee base, their particular life situations, and what matters most to them.”