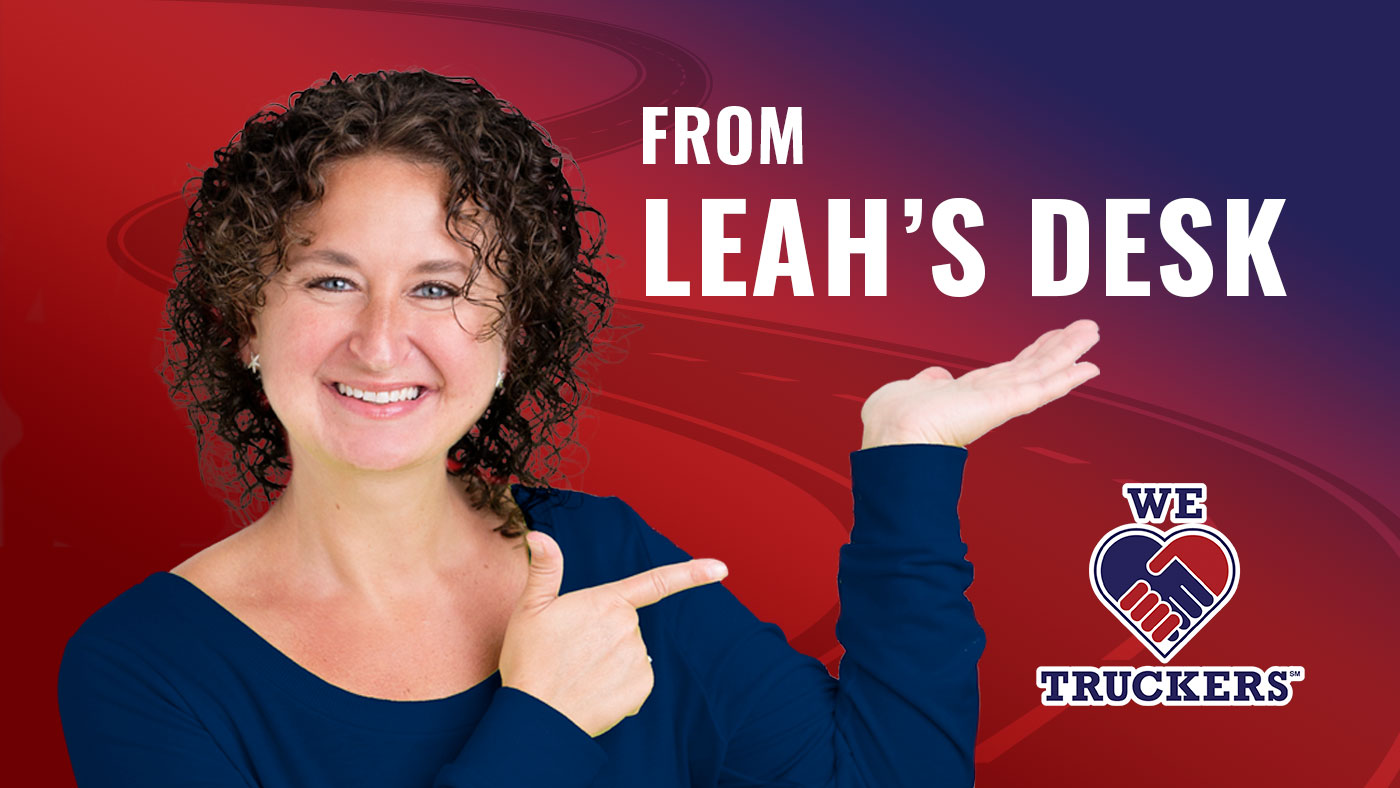 WHEN BAD PR STRIKES TRUCKING, LEAD WITH LESSONS RATHER THAN IRE

It’s been a little more than two weeks since comedian and satirist John Oliver offered up his deep-dive editorial treatment on the trucking industry’s lingering driver shortage and the issues surrounding it — driver compensation, job satisfaction, and frustrating conditions like excessive detention time and lack of available parking. Also on the docket in the Last Week Tonight segment were shady lease-purchase agreements and contractor arrangements, employee classification disputes, and, of course, a few shots fired at Amazon and its ballooning final-mile delivery network.

Part comedy and part commentary, the piece for many carriers was likely fully one thing: A stinging punch that felt like a real setback in trying to draw newcomers to the industry and present an image of trucking as an attractive, viable, and positive career.

Oliver did rightly explore some of the industry-wide problems we should all aim to address if we’re serious about solving the industry’s recruiting and retention roadblocks and that truly do push people from the industry – those like limited parking, coercive dispatching, abusive lease-purchase contracts, and excessive and often unpaid detention hours.

On social media and in conversations with industry peers, the responses I’ve heard generally have fallen into two categories: Call out the flaws and argue the piece was unfair and untrue – or a tacit acceptance that there are some hard truths exposed by the HBO segment.

I won’t spend much time on this point, but personally my main criticism of Oliver’s commentary is a notion we often hear: Trucking’s driver shortage is more of a retention issue than a real shortage of qualified drivers. Well, they both can be true. One doesn’t negate the other. Having a retention issue – both at the fleet level and industry wide — doesn’t mean the industry also doesn’t need to continue to bring new qualified drivers into the industry.

Beefs with that point aside, the main takeaway for fleets from the segment (and a few other pointed pieces in mainstream press of late) should be this: Bad PR around trucking and driving jobs isn’t new, and it’s always going to be an issue that flares up occasionally. And when bad PR strikes, it will feel like a strong headwind to recruiting and retention. The actions carriers take in the wake of the bad PR, however, is much more important than the negative attention cast on the industry. 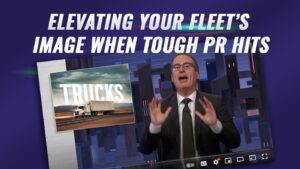 When bad PR does strike, take an audit. Are there truths within that bad PR, even if it feels extreme, that you could evaluate within your fleet and try to fix? Also, can you counter the bad PR with good PR? Can you engineer a social media campaign or local media outreach to discuss the positive points at your fleet?

Whether you’re looking at a negative review of your fleet from a driver on social media or a job board, or whether it’s media like the John Oliver piece, there’s likely a bit of truth in every bad PR, even if you don’t see it at first.

So for your fleet, the questions should revolve around finding those truths and addressing them. Utilize negative PR, even if it’s an extreme version, as an opportunity to look in the mirror and ask what improvements you and your team can make to benefit your drivers, your recruiting processes, and your fleet’s image.

Take an honest assessment of what’s been said, see if it applies to you, and try to take steps to fix it. That’s what’s in your control, and that’s what you should focus on, rather than focusing on the feeling that your fleet has been harmed by a negative spotlight.

Another approach is to simply counter the bad PR with good PR. Could you and your team engineer a social media campaign that highlights the positive aspects of working at your fleet? Can you promote driver success stories? Could you showcase efforts you’ve put in to address some of the criticisms leveled by the John Oliver editorial? Could you engage your local news outlets on showcasing trucking and your fleet specifically as a great career opportunity?

Those are questions to ponder internally and consider pursuing.

Fleet managers and HR leaders could also use any bad PR as a reminder to simply take audit of your drivers’ sentiments, if you haven’t in a while. Is there an opportunity to openly discuss or get reactions from your drivers about this piece or other negative attention? If you’re doing that publicly – say posting the video to Facebook and asking for commentary – I’d caution against doing so unless you know your drivers will sound off positively, lest you create a snowball effect.

There’s no doubt the Oliver segment was tough PR, both for the industry at large and for individual fleets. But you and your team have a microphone too, and you have the opportunity to take stock, make changes if necessary, and ultimately steer your company’s reputation. In the meantime, please stay safe and well – Leah